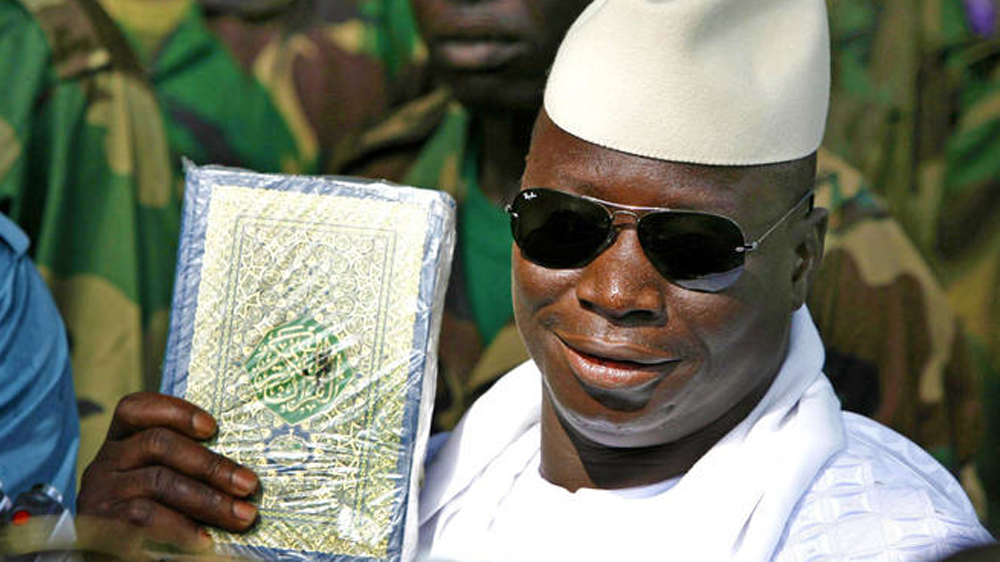 More than fighters from IS, locally known as Daesh, have surrendered with their families to the Afghan government in past weeks. Officials say air strikes by Afghan and coalition forces, lack of funds and low morale have forced the group to give up. The government says among fighters in its custody are foreign nationals from Pakistan, Tajikistan, Uzbekistan, Iran, Azerbaijan, Kazakhstan and the Maldives. However, the Afghan Taliban, which has been battling IS and the government for control of the country, disputed that.

Police said they had arrested the owner of the facility and two teachers, and were tracking other suspects. The more than captives who escaped were still missing, Gambo said. Police were working to reunite the others with family members. They come from Niger, Chad and even Burkina Faso and other countries. Buhari said the government planned to ban the schools eventually, but he has not yet commented on the Katsina school. Toggle navigation. And this warped thinking that has found adherents around the world -- including, as we saw, tragically, in Boston and Chattanooga and San Bernardino -- is real.

And it creates tensions and pressure that disproportionately burden the overwhelming majority of law-abiding Muslim citizens.

President Donald Trump On Muslims, Then And Now - NBC News

And the question then is, how do we move forward together? How do we keep our country strong and united? How do we defend ourselves against organizations that are bent on killing innocents? We all have responsibilities.

So with the time I have left, I just want to suggest a few principles that I believe can guide us. And so often, we focus on our outward differences and we forget how much we share.

Iran's Information Minister Could Be the Next Emmanuel Macron

So mere tolerance of different religions is not enough. Our faiths summon us to embrace our common humanity. So all of us have the task of expressing our religious faith in a way that seeks to build bridges rather than to divide. Second, as Americans, we have to stay true to our core values, and that includes freedom of religion for all faiths.

I already mentioned our Founders, like Jefferson, knew that religious liberty is essential not only to protect religion but because religion helps strengthen our nation -- if it is free, if it is not an extension of the state. We have to be active citizenry.

But we have to respect the fact that we have freedom of religion. Remember, many preachers and pastors fought to abolish the evil of slavery.


People of faith advocated to improve conditions for workers and ban child labor. King was joined by people of many faiths, challenging us to live up to our ideals. Now, we have to acknowledge that there have been times where we have fallen short of our ideals. Look it up. Mormon communities have been attacked throughout our history.

Kennedy -- when he ran for President, was accused of being disloyal. There was a suggestion that he would be taking orders from the Pope as opposed to upholding his constitutional duties.

Anti-Semitism in this country has a sad and long history, and Jews were exclude routinely from colleges and professions and from public office. And when any religious group is targeted, we all have a responsibility to speak up. And we have to reject a politics that seeks to manipulate prejudice or bias, and targets people because of religion.

We have to be consistent in condemning hateful rhetoric and violence against everyone. And that includes against Muslims here in the United States of America. So none of us can be silent. I often hear it said that we need moral clarity in this fight. And the suggestion is somehow that if I would simply say, these are all Islamic terrorists, then we would actually have solved the problem by now, apparently. Well, I agree, we actually do need moral clarity. Groups like ISIL are desperate for legitimacy. They try to portray themselves as religious leaders and holy warriors who speak for Islam.

I refuse to give them legitimacy. We must never give them that legitimacy. The vast majority of the people they kill are innocent Muslim men, women and children. So the best way for us to fight terrorism is to deny these organizations legitimacy and to show that here in the United States of America, we do not suppress Islam; we celebrate and lift up the success of Muslim Americans. That betrays our values. It alienates Muslim Americans.


That kind of mindset helps our enemies. It helps our enemies recruit. It makes us all less safe. Here at this mosque, and across our country and around the world, Muslim leaders are roundly and repeatedly and consistently condemning terrorism. So those voices are there; we just have to amplify them more. And it was interesting, in the discussion I had before I came out, some people said, why is there always a burden on us? They can Everybody is assumed to be horrified by that act. And I recognize that sometimes that doesn't feel fair.

But what is also true is, is that there is a battle of hearts and minds that takes place -- that is taking place right now, and American Muslims are better positioned than anybody to show that it is possible to be faithful to Islam and to be part of a pluralistic society, and to be on the cutting-edge of science, and to believe in democracy.

And so I would urge all of you not to see this as a burden, but as a great opportunity and a great privilege to show who you are. To use a little Christian expression -- let your light shine. This is a struggle between the peace-loving, overwhelming majority of Muslims around the world and a radical, tiny minority.

Muslims will decide the future of your faith. But across the Islamic world, influential voices should consistently speak out with an affirmative vision of their faith. These are the voices of Muslim clerics who teach that Islam prohibits terrorism, for the Koran says whoever kills an innocent, it is as if he has killed all mankind.

Muslim political leaders have to push back on the lie that the West oppresses Muslims, and against conspiracy theories that says America is the cause of every ill in the Middle East.

That's part of being an American. But like leaders everywhere, these leaders have been offering, and need to continue to offer, a positive vision for progress, and that includes political and economic progress. And we have to acknowledge that much of the violence in places like the Middle East is now turning into fights between sects -- Shia, Sunni and others -- where differences are often exploited to serve political agendas, as I said earlier.

And this bloodshed is destroying Muslim families and communities, and there has to be global pressure to have the vision and the courage to end this kind of thinking and this approach to organizing political power. But it is something that we have to fight against. 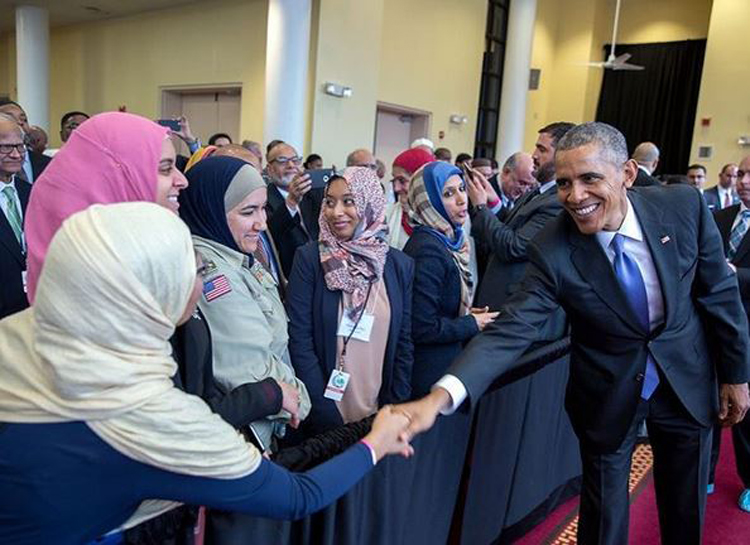