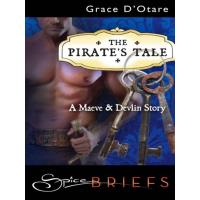 Every night, we put our hands on the building, and we tell La Copine that we love her. Every night. We just want to fill the building with our love so that it keeps it going. Love makes things grow. The New Yorker , March 11, issue. Kaiseki does not broadcast its own cleverness. There is no futuristic culinary chemistry or flamboyant tableside showmanship.

Its practitioners talk about it almost as a form of service, a subordination of the self. Support your local independent bookstores! Eater, March 1, Thank you to everyone who joined us and made donations to the RAPP Campaign , which fights to get aging people released from prison.

Congrats Woldy! View the gallery of photos below, and be sure to join us at our next event! Subscribe to Jarry Briefs to receive the latest news, updates and invitations, direct to your inbox. Continue reading for details! Additional drinks will be available for purchase at the bar. Attendees will get to taste all the chili and then vote on their favorites with donation dollars, with all funds raised benefitting the RAPP Campaign , which works to release aging people from prison.

Entrance is free, but space is limited! We recently grabbed the busy Issue 6 contributor, chef, and writer, to discuss his influences, interests, experience as a queer chef in professional kitchens, and to subject him to the first Jarry Rapid Fire. After first earning his masters degree in finance he worked for a few years on Wall Street.

Then he decided to enroll in a culinary degree program, and knew immediately it was his calling. What do you think has most shaped you as a cook and food writer? Who are your strongest influences?

The Duke & The Pirate Queen

As a cook, it was definitely my mother. She laid the foundation for all that has followed in the years since I was a young boy.

In terms of my writing, it's hard to say. A big part of my job is reading, and I always tend to pick up new lessons from some of my favorites, such as Korsha Wilson, John Birdsall, and Soleil Ho. And what are the types of stories that interest you most as a reader, as well as the ones you're most excited to write? The stories that I'm most excited to both read and write tend to be the ones that haven't really been told before.

There's only so many profiles of established, straight, white male chefs that I can take. And as one of the limited number of Black food writers in the industry, I tend to gravitate towards those pieces that represent my culture in some way. Partly as a way to educate others, but also as a means of recording some of the people, places, recipes, and the like that aren't found elsewhere. Has your background in finance and engineering informed your work in food in any unexpected ways? I'm pretty sure it's my background in those areas that enabled me to land the corporate restaurant positions I've held, which enabled me to get a pretty decent understanding of the business side of the industry.

Over the years we've spent a lot of time discussing the experiences of LGBTQ cooks in the restaurant kitchen setting. You've worked in the professional kitchen—what was your experience like? And from your vantage point have you seen changes in terms of kitchens being more welcoming and inclusive spaces? I was in my early twenties when I worked in a kitchen, so I was still hesitant to share my sexual orientation with people, but I was lucky in that the restaurant I worked at was very open and accepting of just about everyone. There was even another gay cook among the small back of house staff.

I was fortunate to not have experienced any of the harassment that other LGBTQ cooks have endured during my somewhat limited time in kitchens. These days, there definitely has been a shift. The fact that there's been so much conversation surrounding inclusiveness in the kitchen has put a spotlight on it, making it more difficult for the old ways to persist. But that isn't to say that it's been eradicated—I'm sure there's still a long way to go.

You're sent to a desert island and only get to bring three foods. What are they?


Buffalo wings, Cara Cara oranges, and whiskey. And if whiskey doesn't count, I'll swap it out with nachos.

The kitchen item you most wish would clean itself: My cast iron grill pan. I think purchasing it was a mistake and I almost never use it now because it's so difficult to clean. Your dream queer dinner guest, living or not: Adam Rippon—mostly because I think we would have a lot of fun. Essentials of your dinner party playlist: Depends on the mood I'm going for, but in general it would include artists along the lines of Daniel Caesar, H. The restaurant you pray never closes: Uncle Boons. In characters or less, what does "queer food" mean to you? Queer food is anything prepared or consumed by queer people.

And if you have a tip for a good Jarry-relevant read, send us an email to hello jarrymag. The consequences of abuse are unfathomable…. My clear mind became scrambled, and the Justin I knew was a shell of a human being.

To this day, I still cannot talk about the worst things that have happened to me. I continue to work through the aftermath of my years in abusive kitchens. I like to reveal positive things that people need to hear. Jody Williams. The FoodPorn collaboration reaffirmed for [David] the idea that for anyone to reach their full creative potential, they have to be able to live an open and authentic life.

It was the kind of carelessness that can only be achieved from making something over and over and over again because your mother shouted at you to make them. You can hold a lot of facts and still not really know anything. David Tamarkin shares some backstory about his COOK90 challenge —how a compulsive fear of bedbugs led him to the kitchen, and how being there ultimately helped him work through it. My urge to repeat behaviors, to do irrational things in the name of staying safe, is a craving that runs deep. Staying in my kitchen for an entire month satisfied it.

Food52, February 12, The dramatics of our relationship never receded, but instead, intensified. We discussed how the magazine has evolved since its conception.

We wake around AM. While most dog owners need to be up when the sun rises for their pets to rush outside, our dogs have come to enjoy the slower mornings and the final, half-lucid, sleepy moments before coffee. Anna wakes first to start the brew. We drink store-brand beans and use a French press, a detail that often raises eyebrows, as most people expect us to grind fair-trade beans and to toil over our Chemex.

There are occasions when we do that, but there is something truly satisfying about coffee that tastes like coffee, void of citrus notes or aromas of cocoa and hickory. Each morning we sit and sip on our back porch, surrounded by pine trees, the smells of dew-coated grass, and the noises of wildlife—busy birds and chirping crickets, croaking frogs and unruly squirrels. When it rains, the pine forest around us quiets and all you can hear is the water funneling through the gutter and the wind finding its way between the branches of the trees.

Our mornings in Brooklyn began with a similar routine, interrupted, however, by a more restless, frantic energy. We did feel protected, tucked away on the second floor of a refurbished firehouse, but rather than being circled by white pines and a rambling stone wall, our balcony backed up to what had initially been a courtyard filled with fruit trees and grassy lawns. By the time we left, two trees remained and more than half the backyards we overlooked were cemented and divided by chain-link fences. The commute to work was a modest feet around the corner, but seemed much further as we walked, heads bent down to avoid noisy neighbors, dodging children on scooters who were barely supervised by overwhelmed parents on their phones, and people flicking cigarette butts into the few patches of grass that circle the roots of the trees lining the street.

This kind of morning was not serving us well. We were anxious, saddened by the behavior of our neighbors, and frustrated by the lack of quiet and natural landscape. It was clear we needed out. 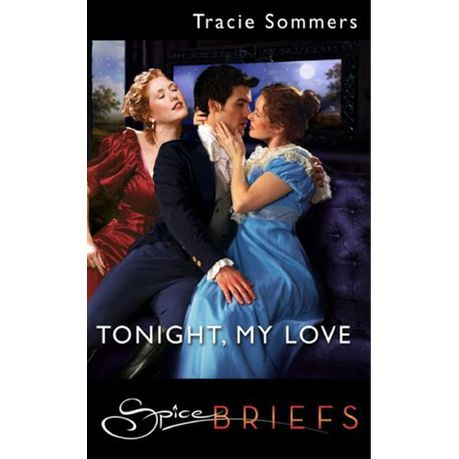 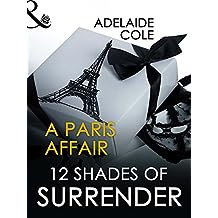